From The Library of Parliament
Jump to: navigation, search

The Commune of Ramelia, generally known as Ramelia, is a democratic constitutional federal republic in the Social Liberal Union. It is composed of 24 Republics—equivalent to provinces, with some degree of sovereignty—and is home to approximately 330 million people. It is spread across thousands of kilometers, and contains two major islands, two peninsulas of major landmasses, and several small islands.

Administration of the Commune

The Superior Court and its Justices assemble in two forms: the Supreme Court of the Commune and the Constitutional Court of the Federation. 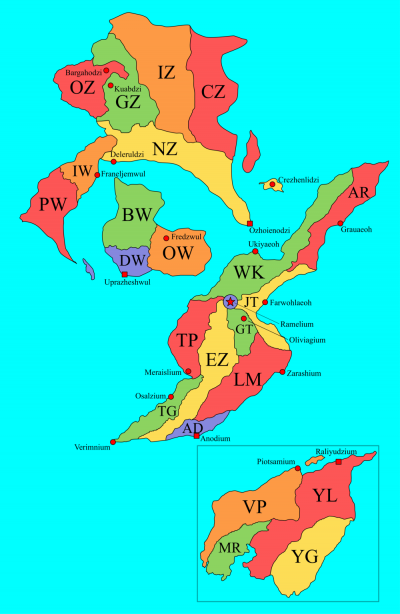