Harndon is, to all intensive purposes, runs along the lines of democratic centralism, with additional use of referenda for larger decisions/revoking/reworking old legislation.

The way that the committees are organised mean that each Harndonian is represented by 2 different committees: 1 industrial sector committee, and either a migratory or settlement committee. In every settlement, there is at least one debating chamber, linked up to the mainframe, which then calls the Harndonian people to vote at time of referenda/community committee (rather similar to the call to prayer). Any work happening at that point is (safely) postponed until the vote is over. Due to the frequency of the debating chambers throughout Harndon, this doesn't take more than a couple of days (to allow migratory tribal units to find nearest debating chambers). Harndonians do get prior warning of the votes.

Political engagement begins early in a child's education, similarly for sex education and well-being classes, so by the age of 10, most children can navigate the basics of the Harndonian system. Voting is enabled after the Gubroltol (literally, spirit-name) ceremony at the age of 14.

All referenda have a period (the night before) where there is debate from various people who contact the state broadcaster, and ask to share there views on the debating show. All candidates must share their view on the phone/website before they can speak it on air. This is to prevent too many people with one political view taking up too much time, as the state broadcaster (The Harndonian Broadcasting Service (HVQ, for short (in Harndonian transliteration))) has strict rules regarding impartiality (within the role of the workers' press, naturally), like much of the traditional press in Harndon. This debate is also aired online and on radio. The people on air are regular, working Harndonians. Any person who represents Harndon abroad or within the Hall of Representatives cannot take part in one of these shows.

Each of the largest scale bodies in each of the three areas of Harndonian society elect a representative to the Hall of Representatives, held in the Quechkhonian Chamber of Wise Council (Vlekribraoquitlrethnicharequ (translates as Wise Council chamber, or - literally - Wise Blood-Moot Open-Room)), from Harndonian's democratic tribal past. Each representative is voted for annually. There is then a Spokesperson, who is also elected annually. This person's job is to represent Harndon abroad, and to be present at the Hall of Representatives whenever possible for meetings. The spokesperson cannot voice their opinion on any political event/result/vote whilst they are in office. The current Spokesperson is Kariva Ulav.

Seats in the Hall of Representatives 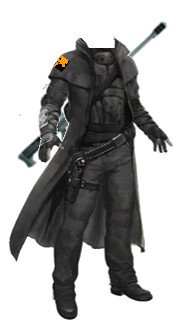 Scouts (Quera in Harndonian transliteration) are the Swiss-army-knife of the Harndonian People. They are rangers, for protecting and conserving Harndon's ecosystem; they are armed police, who, are the nation's defence in case of an invasion, or any other armed conflict, and provide aid and medical assistance in case of a natural disaster or conflict; they are also intelligence officers, capable of guerilla activity and intelligence gathering.

As a result of their broad range of uses, the training to become a Scout is long (5 years), arduous and demanding. As such, Scouts are held in a very respected place by Harndonian society, as they are the keepers of the peace and guardians of the forest.

The main Scout headquarters is in the governmental district in Quechkhonia, although they have many outposts throughout Harndon, and many of them reside in huts along forest tracks, so they are able to give help to any passer-by, providing they aren't stationed in a settlement, or live among their tribe, be it nomadic or semi-nomadic, to provide advice, security, and know-how for the young.

A Scout's body gear is made up of light, manoeuvrable body armour; a dark, camouflaged cloak, with the Harndonian flag on the right shoulder; an extensive but compact first-aid kit; the signature black bandanna and black knee-high boots; and a communications device strapped to a lower arm. Their equipment normally includes a Harndonian-made Vaguerao-Zhaf (roughly translates to Forester-Rifle: a bolt action gun akin to a sniper rifle, renowned for its reliability, strength ("punching power" - it has been known to punch through heavy tank armour) and accuracy, with a relatively small magazine due to the large size of the ammunition); and a hatchet or kolfden (a broad-bladed, barbed and/or hooked hunting spear). Many stationed in the wild tend to also have tea leaves of various kinds and some Dastari shortcake in case a stranger walks by.

Despite Harndon having a very low crime rate (recent World Census figures put the figure at approximately 1.51 crimes per hour), the need was raised at the writing of the constitution for the codification of laws, processes and punishments.

Apart from the elite Quera, all policing is done by communities themselves, with bottom-up control of policing by all people of voting age. For each committee (see Political and Legislative Systems), there will be a number of delegates (depending on the population) elected to a board. These delegates then organise the 'police' force, with all main decisions taken by the populace of that area as a whole. Each officer and delegate is subject to an immediate recall vote at any time, and delegate terms last for 1 year. Like much of the rest of the governmental system, people who are in office for one term cannot then run for another 3 terms.

Juries are selected randomly, with each term lasting for a year. Once a person has been selected, they cannot be selected again. Each jury is made up of 5 people. The jury oversee the trial, and ensure that all proper processes are observed. All juries are subjected to votes of no confidence as a whole.

Trials take place within the local Debating Chamber - or any central place, as the nomadic majority are not always near a deabting chamber at the time - and all adults of voting age are summoned.

Each defendent is assigned a lawyer from the civil service (who, like the rest of the service, have gone through repeated and continuous democratic scrutiny), free of charge.

The trials are only held when both sides' lawyers have agreed that they have all the evidence they are likely to get. They are then held on a single day, with the lawyers tasked to be as time-efficient as possible. Evidence is released into the Debating Chamber internal computers a week before the trial, and are limited in size, depending on the case. Only those who have read the evidence in its entirety can then go on to vote on the defendent's guilt.

If found guilty, the jury then decide upon the punishment, as proscribed by law.

Often criticised by outsiders as primative, the Harndonian justice system is multi-faceted in its approach to offenders. Fines are not employed. The categories of punishments are as below: