The culture of the Republic of Courelli is primarily of western Eredean origin, but is influenced by broad array of foreign cultures, notably from the nations of Hirematia, Kanoria, and Koiho.

The Eredean roots of Courelli originate in the Bronze and Iron Age, with the Atlian people - the first known inhabitants of the Atlian peninsula, for which it was named. Major cultural influences have been brought by historical immigration, especially from Hirematia in the south, Koiho in the northeast, and Kanoria in the west. Hirematiyaale culture is especially pronounced in Hart Isle, which was occupied by Hirematia for many centuries.

Courellian culture includes both conservative and liberal elements, scientific and religious competitiveness, political structures, risk taking and free expression, materialist and moral elements. Despite certain consistent ideological principles, Courellian culture has a variety of expressions due to its geographical scale and demographic diversity.

Throughout the country's history, certain subcultures have dominated certain neighborhoods, only partially melded with the broader culture. Due to the extent of Courellian culture, there are many integrated but unique social subcultures within Courelli, some not tied to any particular geography. The cultural affiliations an individual in Courelli may have commonly depend on social class, political orientation and a multitude of demographic characteristics such as religious background, occupation, and ethnic group membership.

The earliest known examples of architecture on the Atlian Peninsula are the megalithic tombs of the Neolithic Age. The Neolithic henges of Cavalli are stand-out examples. The structure appears to be portraying an annual calendar, but the reason for the massive size is unknown with any certainty. Theories include agriculture, ceremonial use, and interpreting the cosmos.

Numerous examples of Bronze and Iron Age architecture can be seen in Atlia. Megalithic burial monuments - either individual barrows or occasionally cists - are one form. Another is the defensive earthworks known as hillforts, as can be seen at Paisello Ruins. Archaeological evidence suggests that Iron Age domestic architecture had a tendency towards circular dwellings, known as roundhouses.

The most well-preserved burial cists from the Bronze Age, located near Falceri.

The First Kingdom brought the construction of the first large-scale buildings in Atlia, but very little survives above ground besides fortifications. These include sections of the Eastern Wall, and coastal forts such as at Peri and Dallapiccola, which have survived through incorporation into later castles. In most cases, only foundations, floors and the bases of walls attest to the structure of former buildings.

Architecture of the Inter-Kingdom Age exists only in the form of churches, the only structures commonly built in stone apart from fortifications. The earliest examples date from the 4th century, notably at Monte Gabrieli. Inter-Kingdom churches are typically high and narrow and consist of a nave and a narrower chancel. Some feature porticus (projecting chambers) to the west or to the east. The most common form of external decoration are lesenes (thin vertical or horizontal strips of projecting stone). This style was common into the Second Kingdom. 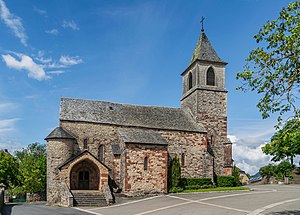 The oldest surviving Dalinian church from the Inter-Kingdom Age, located near Bassano

Little survives of the vernacular architecture of the Reformative Age due to the use of perishable materials. Most domestic buildings were built on timber frames; roofs were typically covered with thatch or wooden shingles. Also around the 12th century, the cruck frame was introduced, increasing the size of timber framed vernacular buildings. Typically, houses of this period were based around a great hall open from floor to roof. Buildings surviving from this period include moated manor houses. 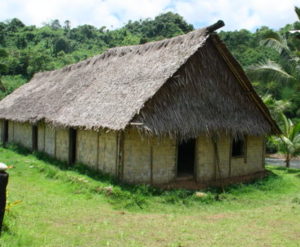 A recreation of a 12th century cruck house, located on the Courellian Historical Preserve, an open-world history exhibit located near Leoncavallo.

Since the 1930s, various modernist forms have appeared whose reception is often controversial, though traditionalist resistance movements continue with support in influential places. Common themes of modern architecture include: the notion that "Form follows function", meaning that the result of design should derive directly from its purpose; the related concept of "Truth to materials", meaning that the true nature or natural appearance of a material ought to be seen, rather than concealed or altered to represent something else - particularly in International Style modernism, a visual emphasis on horizontal and vertical lines.

Port Gray University's Vitella School of the Arts, one of the prime examples of International Style modernism in Courelli,

Courellian architecture since this time has focused on the incorporation of existing Georgian and Victorian forms into modern systems. This movement is called Courellian Futurist architecture, and involves the maintenance of older facades with modernist expansions, often with the deliberate juxtaposition between old and new.

Film and television is a massive industry in Courelli, both in export and import. The top Courellian film genres are historical dramas, philosophical films, and documentaries.

Since its inception, Courellian film has been marked by a central tenet of experimentation and artistry. Film has been the media where Courellian identity has most wholly coalesced into a single vision. Atlian film is not divided by the dichotomy of business and art, but is a unifying facet of both. Courellian filmmakers have always seen film as a tool by which hearts and minds can be changed, and it has been used as an artful source of political discourse since its earliest days.

Courellian cuisine is not particularly renowned. Rice and seafood dishes are common. Sausages are commonly eaten, in a wide array of forms. Some of the more popular cheeses are Asiago, Gorgonzola, and Parmigiano. Due to international trade, Hirematiyaale food are also popular. Common drinks include tea and coffee, whilst frequently consumed alcoholic drinks include wines, ciders and beers.

A staple of Courellian food is fusion cuisine, with a number of unique dishes comprised of combinations of Hirematiyaale, Courellian, and Kanorian meals. The most famous of these dishes are shepherd's noodles: rice noodles served in a number of manners, including sweet, savory or spicy. Commonly it is eaten with beef and gravy, similar to shepherd's pie, but they can also be eaten with fruit, curry or other meats and veggies. They have been compared to crepes for their versatility. 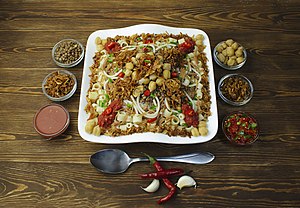 Literature and poetry are well respected artforms in Courelli. The form of Romanticism flourishes, and philosophy is considered a valuable area of study. Amongst common people, satire is a popular form. Famous writers in Courelli include NAME, NAME, and NAME.

The most popular subjects for Courellian writers include philosophy, political discourse, and introspective poetry. History is commonly inspected as a mirror to the modern day. Dark comedy and modernized takes on traditional folktales and myths are popular. Retellings of classical mythology through an urban setting are common, especially stories with themes of destiny.

Historical drama pieces and pop-lit are frequent sellers to the younger generation. The science fiction genre exploded in the late 1970s and continues to flourish into the present day.

There are many museums in Courelli, but perhaps the most notable is Leoncavallo's National Museum of History, which has a collection of more than five million objects from around the world. The most senior art gallery is the Gallery of Port Gray, which houses a collection of Courellian and international art - over 2,300 pieces of art, dating from 600 BCE to the present day.

The exterior of the National Museum of History in Leoncavallo.

Courelli's imperial heritage means that the National Museum of History houses many items from around the region that were gathered during colonization, and criticism has been leveled against the museum to return pieces to their countries of origin, particularly those with deep cultural roots. The Museum has fought these criticisms for years, claiming that it has the finest curators in the world, and that other locations cannot yet be trusted to adequately and safely preserve these one-of-a-kind items.

Theater is an extremely important artform in Courelli. Plays and musicals are highly attended, especially in large urban centers. Popular playwrights often hold an exalted place in pop culture circles, equal to certain film directors or popular writers. Leoncavallo is a center for the theatre. Working as an actor on Fronte Street is an idealized occupation in popular media.

Punk music had a revival in the mid-2000s, and hip-hop music is intensely popular with the youth. This has led to the development of a burgeoning punk-hop scene.

C-pop (an abbreviation of Courellian pop) is a musical genre originating in Courelli that is characterized by a wide variety of audiovisual elements. Although it comprises all genres of "popular music" within Courelli, the term is more often used in a narrower sense to describe a modern form of C-pop music covering a wide range of styles including dance-pop, pop ballad, electropop, rock, metal, hip-hop music and R&B.

Courelli has a successful history of sport. Association football, cricket, boxing, and tennis are all commonly played. Sailing has had a modern revival, and rowing is popular in the nation's universities, boasting the worldwide success of the Port Gray University rowing team.

Association football is by far the most popular sport in the nation. Thomas-Sewell Stadium is the largest in the country, home of Port Gray FC with seating for 50,000. The Courellian National Football Association (CNFA) oversees football in the nation, holding the yearly Association League.

Visual arts in Courelli tend to be high-brow, sticking to Romantic and Impressionist styles. Landscapes, portraiture and depictions of historical events are all common subjects for art. The most famous painters of these styles of Courellian art are NAME, NAME, and NAME.

There is a growing trend towards modernism in the current art community of Courelli, with a focus on bold colours and a change towards more abstract pieces. Cubism and expressionism are common in these forms. Post-modernist pieces are also growing in popularity, as are street-art, body art and other urban art movements.